Although I enjoyed the original Layers of Fear, I was never on the lookout for a sequel.  The only reason I found out that Layers of Fear 2 was out was a series of tweets about it.  But it’s been far too long since I played a horror game, so my roomie and I buckled in. Mostly my roomie, but I was there to backseat drive all the way.  (Just a note: all of these images are screencaps directly from the game, so credit to the game makers!) 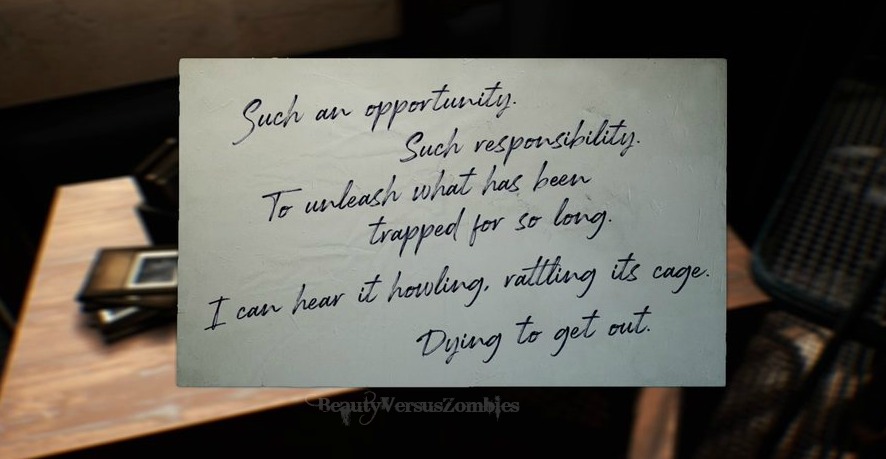 If you don’t remember the first Layers of Fear, it took place in a house, where you as the main character (an artist) went progressively more bananas as you attempted to create your masterpiece.  That was basically the entirety of the plot.  Similarly, Layers of Fear 2 involves you (an actor) are attempting to basically “become” a character while on a boat partially rented out by a crazy director.

Both games are exploration-based, with environmental interaction as the main focus, and both games also contain collectibles and items that will either aid in your exploration, determine what ending you get, or provide context clues for the plot.

Just like the first game, Layers of Fear 2 is visually STUNNING. The environments are detailed. The color schemes (when there is color) are lovely. There’s just the right amount of stuff everywhere to make the environments creepily cluttered. 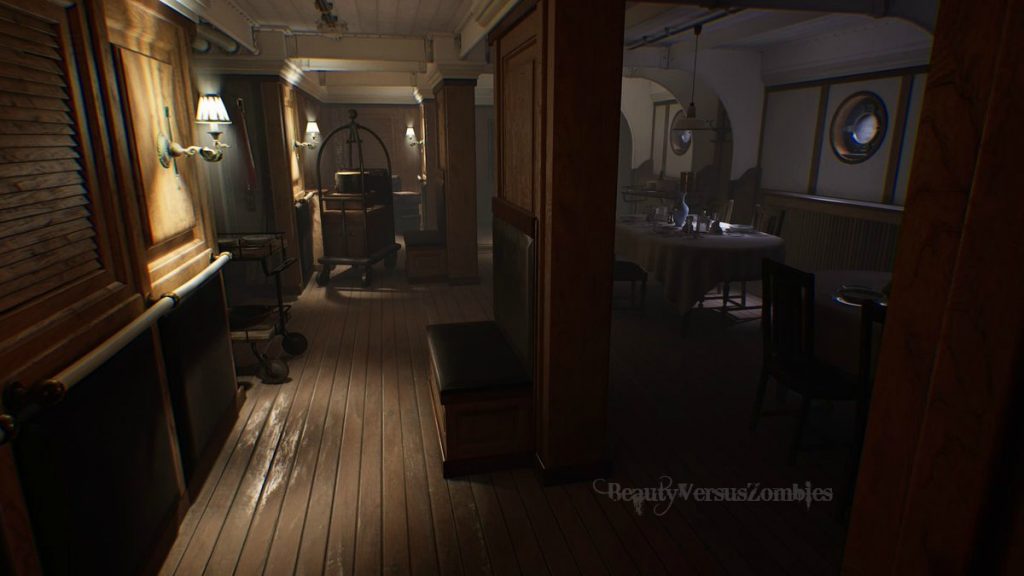 There are plenty of environments that are just so stunningly set up that it can’t help but be creepy. The soundtrack is also incredibly well done, and there are areas where you can turn off the music as well, which I found very entertaining.

Layers of Fear 2 uses a liberal amount of jump scares.  They’re all fairly traditional and predictable. Stuff falls over and breaks or you turn around and there’s something – or someone – there. 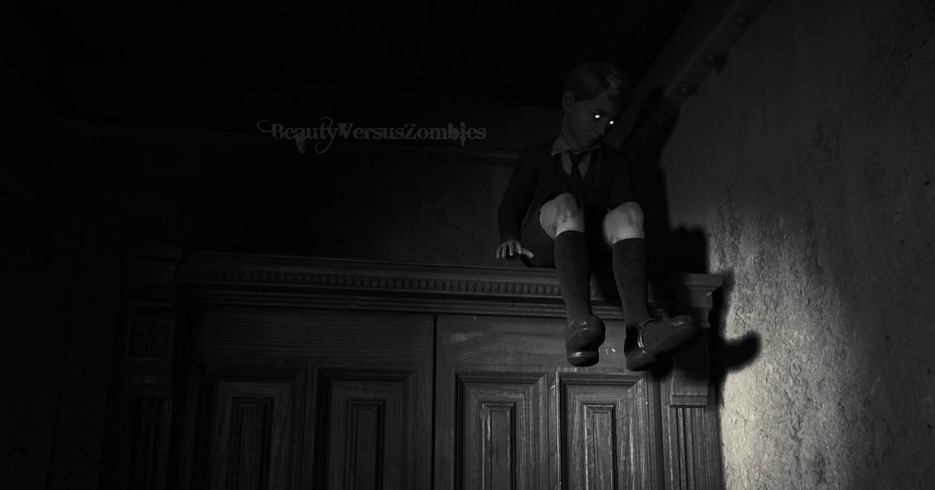 A lot of things carried over to Layers of Fear 2 from the original game, and the most unfortunate thing to do so was the clunky-ass control system.  In the first game, the clunky controls were a hindrance at worst and an annoyance at best, so it was forgivable in the wake of all the other awesome parts of the game.  Here, at least once per Act, you are chased by some entity that causes an insta-kill. Unfortunately, that means that you’ll be going through each chase scene multiple times, despite knowing the correct path and actions to take, because the controls won’t perform the way they should. That is frustrating as hell.

The game is also both unclear about direction and stunningly overlinear. That seems like a contradiction, so let me explain a little. Like the first instalment in this series, Layers of Fear 2 is organized kind of like the “Nowhere” level in Silent Hill, where rooms don’t necessarily connect in any consistent or sensical way.  That’s fine, except there really aren’t a whole lot of context clues about which direction you should take when there are multiple paths available, or what you should be doing (or not doing) when you’re in a sequence of travel through the same room (only slightly modified to fuck with your head) multiple times in a row.  Alternatively, though, there are long stretches (that are not puzzles) where there are clearly doorways that either are locked, or that can’t even be interacted with.

There is also less interactivity with environmental elements – there are far fewer drawers and closets that you can open. There often wasn’t anything in them in the first game, but that isn’t even the point, really – it’s just the ability to explore fully isn’t quite as decent in this sequel.

The plot is also a little opaque. The game is beautiful, the atmosphere is wonderful, but there’s a lot going on here that honestly flies right over my head.  Obviously I can’t blame all of that on the game – some of it is just my total lack of knowledge. Clearly I’m more familiar with painting than with film history or theory or cinematography – or acting in general. And to get all the nuance in this game, it seems like you really need to know your stuff.  The game switches from color to black and white, and whatever is meant by it is lost on me.

Additionally, there are quite a few monologues, both as prologues to each act and as you pick up key items.  Sometimes these are interesting, but a lot of time they wax philosophical and seem both repetitive and, to be honest, kind of pretentious.

When we got to the end, we were confused about what had been happening, and what the point of the game was. That’s not a great way to finish out something that’s supposed to be entertaining. We didn’t care about the characters. The plot itself overall wasn’t interesting enough to really make us want to see what the answer was.  We did finish, of course, because we’re completionists.  But we were disappointed.

Layers of Fear 2 took about 3 hours to download. We paid $29.99 for the game on the PlayStation Network. Our first playthrough took us approximately 8 hours. Given the play time and, frankly, the discrepancy in enjoyment, I wouldn’t call this game worth that price. About halfway through, my roomie said that she didn’t really see a replay in our future.  Neither did I.

I’m sure there are plently of Let’s Plays for Layers of Fear 2 out on YouTube already.  If you’re interested in watching my roomie and I not do particularly well at exploring, you can find our playthrough sessions on my Twitch channel for the two weeks that they’re archived there.