After I finished my first playthrough of Witcher 3 (I enjoyed it – even the Gwent bit, after a while), I started noticing all sorts of hype on my social media about a game called Layers of Fear.  It had been a while since I’d played a great horror game (sorry, Fatal Frame) so I decided that it was worth a shot. 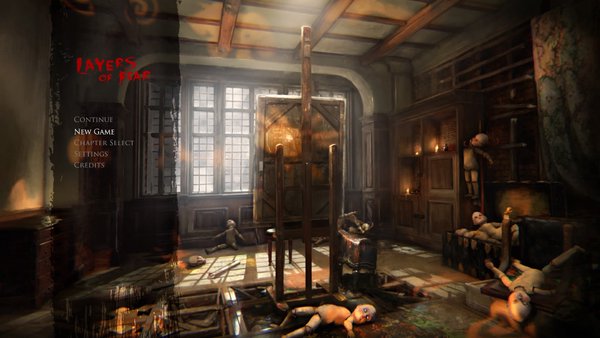 Layers of Fear was developed by Bloober Team SA (don’t ask, I don’t know) and published by Aspyr.  It was released on February 15, 2016.  Apparently sometimes Valentine’s Day is just too overwhelming and you need to slingshot in the other direction to recover, or something.

Layers of Fear is a first person game, which I personally dislike, but the use of first person view creates a really immersive atmosphere.  You play as a painter who has pretty much lost the entirety of his mind, and you just kind of wander around his house until you figure out what the hell is going on and complete his “magnum opus” – which sounds a lot less interesting than the game actually is, so don’t click away just yet. 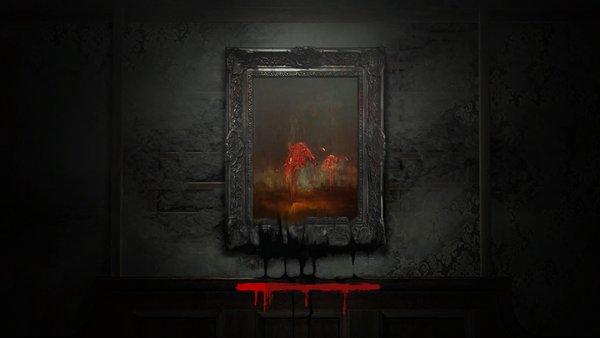 See, the house changes.  It’s almost like a more random, less trackable version of the Nowhere area in Silent Hill 1 – after you start the painting up, there is literally almost no way to tell what room is going to show up when you open a door, and even if you turn around and open the door you just came through, the last room you were in might not be there anymore. 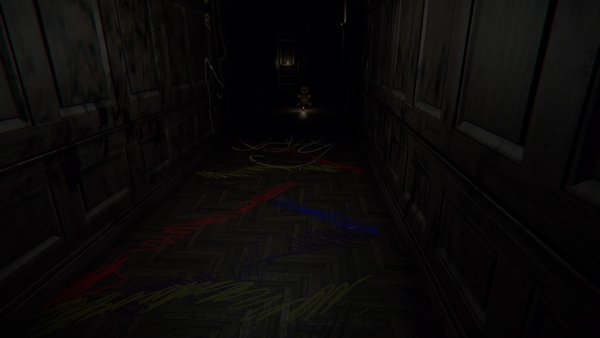 I won’t spoil anything for you guys by talking about the plot, but I will say this.  The game is fairly linear plot-wise, in that there are a number of tasks you need to accomplish in order to get to “the end”, and those tasks seem to always go in a particular order.  There are three endings possible in the game, and which ending you get seems to be determined by what else you do in the game – you complete all the tasks regardless, but how you interact with the rest of the game seems to drive how things turn out for you.

The environments in this game are great, well-designed, and fairly interactive.  You can open drawers and chests and the ovens in the kitchen, although there’s frequently either nothing in them or a bunch of random crap that you can’t (or won’t) bother with.  Curtains flutter in the windows, lights flicker, and the floorboards creak in a very unsettling and aesthetically pleasing way.  There are plenty of what I would call mini jump scares throughout the game to keep you on your toes.  I know I jumped several times, and I’m willing to put some money on the fact that my roommate did as well. (We played the game through together so that we could eat and play at the same time. What can I say, we multitask.)

The puzzles are great.  They can be very specific – in some areas, you have to go through rooms in a specific direction, and that could have been really annoying, but once you figure out what the game is looking for the whole room changes around you and it’s a really cool effect.  Other areas contain puzzles that seem like they were directly inspired by M. C. Escher, and they were intricate and confusing as crap, which was a nice change from a lot of the horror puzzles that are just “Find key. Find door. Key in door. Rarr monster ack”. 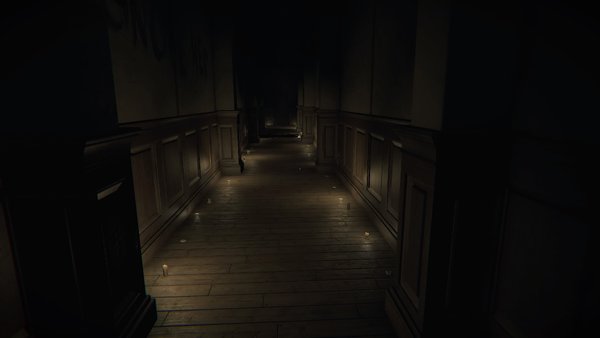 There are a couple things about this game that left me a little frustrated, though.  The first is the contrast level guide.  When you start up the game, you’re told to adjust your contrast level so that an image is “barely” visible, which in my experience is fairly standard for a game like this.  So we did – we turned off all the lights in the house, set the contrast, and then started playing.  Unfortunately, at several points in the game we were unable to figure out exactly where we were or what was around us.  Sometimes this was because we did something stupid like turn off the lights in a dark room (oops, our bad), but sometimes it was just because everything in the area seemed to have the same saturation and hue, and it was difficult to determine whether something was a bookshelf or a door or a wall – or whether there was anything even actually around us. This led to a lot of unnecessary fumbling around.

The second thing is really just a concern of mine, as we’ve only played through the game once.  There’s no actual threat to you in this game.  Don’t get me wrong, the atmosphere is phenomenal, and going through the game was extremely unsettling, but the fact that a) death really doesn’t mean anything and b) there is nothing that is chasing you or hunting you really, in my mind, cuts down on the tension of the game, especially on replay. 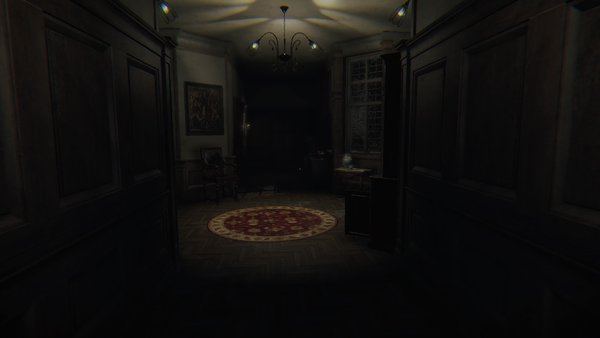 Layers of Fear took us about five hours to complete, and like I said above, we did our fair share of getting lost and confused and wasting time.  I paid $20 to purchase this on the PlayStation Network (it’s going for the same amount on Steam), so that works out to $4 per hour if I only play it once.  Now, I won’t – since there are three possible endings my roommate and I will replay them until we get them all (we’re like that), but if you’re not a completionist like us the $20 may be a little steep for you.  My roommate said, and I agree with her, that this game is a little like a short story – when you get to the end, you’re disappointed that it’s over, but at the same time if it had kept going it would likely have started to drag a little.

If you don’t want to bother purchasing the game yourself, but you want to watch someone else, you can laugh at my roomie and I fumbling our way through the game on my Twitch channel, at least until it ages away. That should take two weeks from yesterday, so my guess is it will expire on March 12th.