Finding a second cleanser isn’t easy.  It needs to clean well enough that it gets rid of anything left over from your first cleansing step, whether that’s an oil, milk, or balm, but it can’t be too strong otherwise it can strip your skin of its natural oils and damage the moisture barrier. That’s a tight line to walk sometimes, especially if you also have sensitive skin. I’ve tried a couple different kinds of low-pH second cleansers and I haven’t found one I love yet, so I decided to hop on the hype train and try out the Re:cipe Slowganic Cleansers. 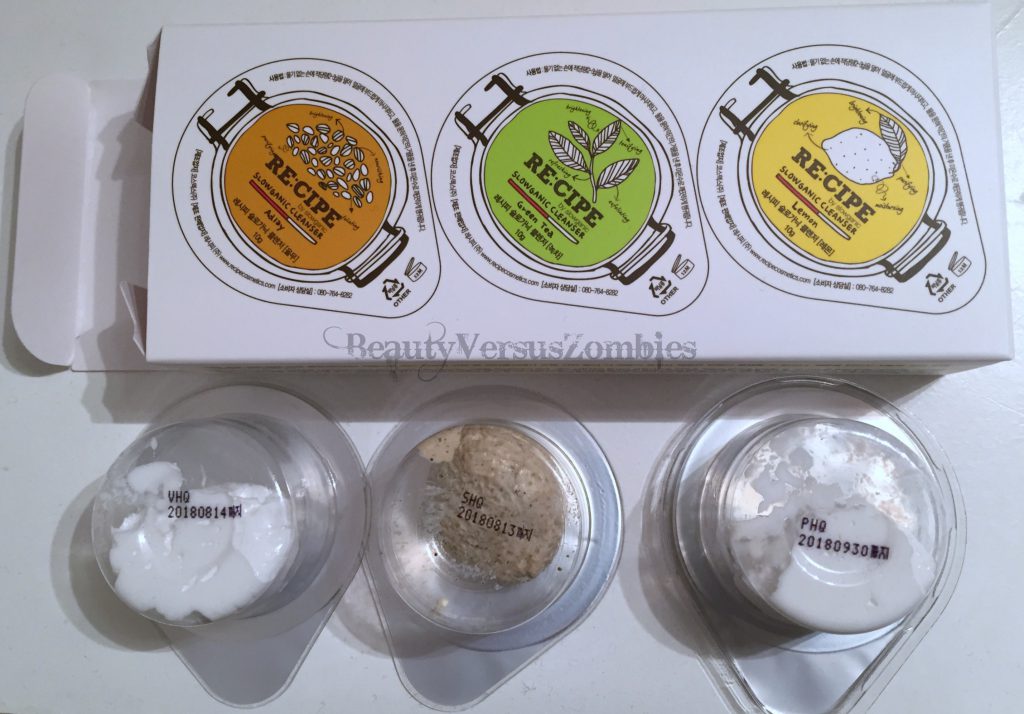 I got my set from Memebox.  It’s a cute little set of tiny tubs of each of the three types of Slowganic cleanser – Adlay, Green Tea, and Lemon, so you get to try out each one before you shell out the money (and counter space) for a whole jar.  I think this is a phenomenal idea, and even though I was reluctant to buy from Memebox for a while (mostly because I kept being disappointed by their boxes), the more they offer try-it-out sets like this the more likely I am to go back.  (Plus they had an Easter sale.)

The adlay cleanser is recommended for dry and rough skin, as it is formulated to smooth and moisturize.   The packaging says that it is nourishing, brightening, purifying, and exfoliating. 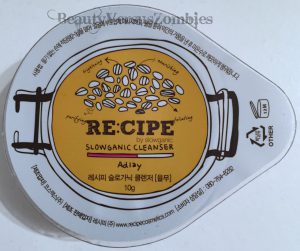 It looks almost exactly like marshmallow fluff in the pod – and I was surprised to find that it felt the same way.  Hilarious for my inner child. 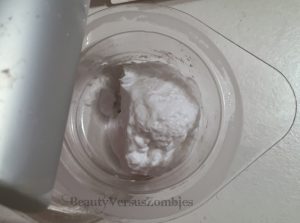 It goes on kind of sticky and entertaining, and washes away smoothly without ever getting abrasive or harsh feeling, which is nice. If you have really really sensitive skin, or if you have over-exfoliated recently, this might be too much for you.  It didn’t really smell like a whole lot of anything to me, which was kind of nice.

The Green Tea Slowganic is meant for troubled skin. The package says that it is brightening, exfoliating, tonifying, and refreshing. 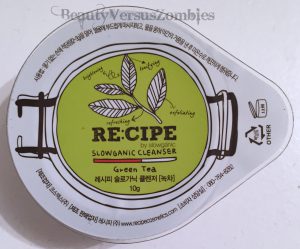 When I opened it up I was a little alarmed – it kind of looks like some sort of pumice stone, but it’s just as marshmallowy as the adlay version. 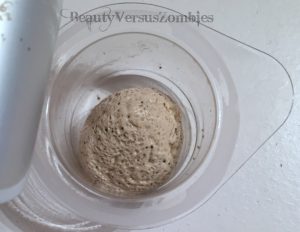 I found the green tea version to be a little bit less ‘spreadable’ (for lack of a better word) than the adlay and lemon versions – I couldn’t make my little sample last nearly as long with the green tea as I did with the other two.   It did an equally good job cleaning, but it did seem like it was a little too harsh for when I’d been using a lot of chemical exfoliation (or my tretinoin prescription). It had kind of an herbal, astringent odor, which is typical in my experience of green tea type products.

The Lemon Slowganic is designed for folks with dull skin, as it is designed to both get rid of dead skin cells and promote cell regeneration.  It looks more like the adlay slowganic than the green tea and the package calls it “clarifying, brightening, purifying, and moisturizing”. 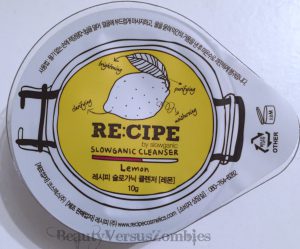 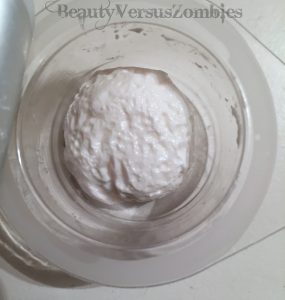 When I got these three pods, my first thought was that I was going to love the green tea, that the lemon would burn my face right off (lemon juice = acid, right? Ouch), and I had no idea what adlay would do for me.   Surprisingly enough, the lemon version is my favorite.  I find it to be the least stripping and drying of all three.  The lemon slowganic spreads across my face just as easily as the adlay does, and while it is by no means what I would call actually moisturizing, my face doesn’t feel all extra dried out and awful afterwards either.  It’s got a lemon scent, which at first was kind of like “Now I have lysol-ed my face” but after a bit was pleasantly citrusy.

Given that right now I’m being fairly strict about my Curology prescription and occasionally also mixing in BHA and AHA products, if I had to purchase one of these cleansers I’d definitely go for the  Lemon Slowganic, as it’s the mildest of all of them.  If I weren’t doing Curology I might actually find the Green Tea really helpful in terms of dealing with all the oil buildup throughout the day, especially during the summer when I’m more prone to be sweaty.

It was great to be able to try all three of these cleansers to see whether they would work for me without having to commit to a huge tub of product that I might not have been able to use.  A+ to Re:cipe for making this sample pack and to Memebox for selling it.  When I first opened the box and saw the pod contents I was like “No way is that enough product for me to be able to test it for more than a day!” but there was actually more than enough for me to test each kind for several days.  The recommended use amount is about a third of what you get in the pod, but I found that I didn’t need even that much really.  I got four days or so out of each pod – a little more from the Adlay, right about four for the Lemon, and three for the Green Tea.

You can buy the full size products on Memebox for $20 each here: Adlay, Lemon, and Green Tea.  You can get the mini sizes here for $3.30, which is hilariously cheap.  I might get a couple of these as gifts for friends.