I can tell it’s officially fall, since I’ve got a nasty case of the plague.   Not the rat kind, of course (that’s pretty rare nowadays) but the office version: the common cold.   And while I’m sure all of us wish that we had the sick time and the resources to just stay in bed and wallow in our misery (and DayQuil) until we’re all better, most of us don’t have that option.  Whether it’s running out to get medication, or suiting up and heading in to work (hopefully once you’re sure you are NOT contagious any more), we’re going to have to leave the house.

That presents a conundrum.  One of the most common symptoms of the cold (or flu) is fatigue, and while skincare and makeup are a really important part of my daily ritual and make me feel good, when I’m sick I’m just really not feeling it. At all. I don’t want to sit around putting stuff on my face when I know I’m going to be going through a box and a half of tissues over the next eight hours, or spending time putting on eyeliner when all I really want to do is slather my face in menthol so I can finally use my lungs again. But at the same time, I know from personal experience that being sick takes a toll on my skin, and when the cold is gone I’ll be upset that my skin is irritated and flaky.

So what to do?  Here are some of the changes I make when I’m sick so that the transition from “I have the plague don’t you judge my lack of eyeshadow” to “I had the plague but now I am FABULOUS” isn’t quite so jarring.

I know, I know, “thanks mom”, but seriously.  Being sick takes up a lot of your body’s resources, and that includes water.  Cold medicine can dehydrate your skin.  Drinking extra fluids while you’re sick is not only helpful in terms of getting over your cold or flu more quickly, but also in keeping your skin from drying out.

Since you’re likely dehydrated either from just the sheer fact that you’re ill, or you’re using over the counter medications that can dry out your skin, plus you’re likely using tissues which means a chapped nose, stop with the acids.  Be gentle on your skin – that means don’t use either chemical or physical exfoliation.  No, not even that konjac sponge that is super gentle.  Your skin is already unhappy – don’t aggravate it even more.  Stick to soothing products and avoid irritating ones – including alcohol, which I know is in a lot of products nowadays.

This is a tough trick, because especially for those of us with oily skin, or sensitive skin, it’s rough trying to pick out additional products that not only are nice for our skin, but won’t aggravate any existing problems like acne or rosacea.

Really, there are two ways to do this.  The first is to just add more of what you’re already using.  If you’re putting on three drops of a particular hydrating essence generally, add an extra drop or two more, or add a second layer after the first layer of product has sunk into your skin.  It’s better in most areas to double up on layers that are moisturizing, not ones that sit on top of the moisture and seal it in – so don’t double up on the gel creams or anything that is for treatment – only soothing, hydrating products.

The second way is to add in new, heavier products. Here are some ingredients that you might want to take a look at.  Obviously I don’t know every product that contains these ingredients, but I’ll put in a couple of things that are on my radar for you to consider.

Ceramide/Ceramidin – Ceramides play a really important role in maintaining the moisture barrier of the skin. There are several brands that carry ceramide based products – Dr. Jart has a ceramidin cream that I like, The Face Shop has a rice and ceramide emulsion.  Hera has a body cream with ceramides. COSRx has a Honey Ceramide full moisture cream. 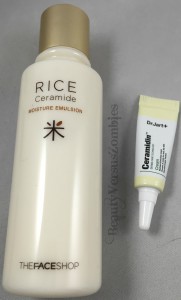 Propolis, Honey, or Royal Jelly – While these three ingredients are different, they all have similar functions – anti-inflammatories, antimicrobials – and they contain ingredients that can help prevent some serious skin yuck like capillary fragility.  Innisfree has an It’s Real Royal Jelly sheet mask, LeeJiHam has their vita-propolis ampoule, Scinic makes a honey all in one ampoule, and Shara Shara has their Honey Bomb which is another all-in-one product. TonyMoly’s Red Appletox Honey Cream contains both honey and royal jelly. 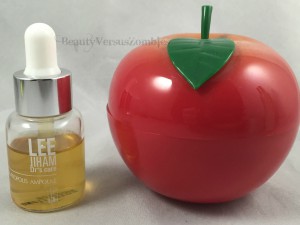 Hyaluronic Acid is another important part of the epidermis.  Deficiencies in hyaluronic acid have correlated with observations of decreased skin elasticity and healing.  You can find hyaluronic acid in a lot of products nowadays – it’s become a fairly popular ingredient – including sheet masks from My Beauty Diary and Innisfree, and lots of products for different parts of your routine from lines like Hada Labo, Tatcha, Skin Inc.,  Holika Holika, and pretty much everyone else.

Oils – Topical use of oils can reduce transepidermal water loss.  A number of lines have specific facial oils – IOPE, Hera, Innisfree, Tatcha, AmorePacific, and more I’m sure.  Try to avoid oils that also have harsh ingredients – for example, Sunday Riley’s Luna oil also contains a form of retinoid, which can be drying. I personally have used IOPE’s Essential Facial Oil, and also SkinCeramic’s Donkey Milk and Argan Oil Steam Cream. 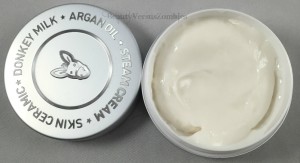 I know this is super gross, but one of the things that I’ve found helps heal up the chapped skin around my nose when nothing else will is nothing more than a tube of Chapstick.  (Just make sure to keep track of which tube is the nose tube and throw it out when you’re done.)  There are other alternatives out there – really, any occlusive product will do – but I find that Chapstick is waxy enough that if I go to itch my nose or mess with it when I really don’t need to, the texture will remind me that my skin is already irritated so I shouldn’t make it worse, and it’s thick enough that if I blow my nose after applying there’s still some product left on there afterwards.  If you’re using a gel cream or something else to seal in the moisture from your products at the end of the night, use a little extra product around your nose.

I hope that you’ve found this guide helpful.  I know that when I use a little extra care, some of the annoyances that come along with being sick like an irritated nose and dry, flaky skin aren’t nearly as troublesome, which allows me to focus more on getting better and less on how uncomfortable I am, or how awful I think I look.

Do you have other tips or tricks for dealing with being sick? Let me know!