I’d like to take a moment out of my zombie-splattering and snail-cream-wearing to chat a little bit about my favorite new hobby: watching K-dramas.

I imagine K-dramas to be a little bit like crack. One of your friends comes up to you and says “Man, this is totally the BEST THING EVER and you should try it.” You look at them like they’ve lost their mind a little and ignore the suggestion. And then one day, after a lot of pressuring, you go “UGH. OKAY. FINE. I’ll do it once just to shut you up”, and then suddenly you are spending every single waking moment on Viki or Dramafever or even on Hulu with its annoying commercials and you find that the only time you can do anything else is during commercial breaks.

Welcome to my life. My roommate is now surprised when I watch things in English.

Having said that, there’s a huge number of awesome K-dramas out there and I highly recommend anyone who’s interested to just pick one at random, because they’re tons of fun, even if your taste is significantly different than mine.  Instead of season after season of episodes that aren’t necessarily cohesive or connected (especially in terms of shows like Buffy or Supernatural which have a sort of monster-of-the-week thing going and only do an overarching storyline when it suits them), these episodes are tightly interconnected and one episode often picks up exactly where the last one left off. They’re like 18-hour movies.

So here are my favorites, in no particular order: 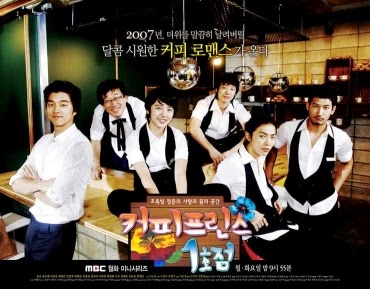 This is the quintessential “starter” K-drama.  Ask anyone who watches K-dramas, and they are likely to tell you that they’ve seen Coffee Prince. Here’s the basic storyline: A girl pretends to be a boy to get work and hilarity ensues. 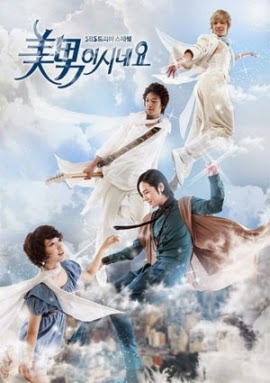 Never have my roommate yelled at the television as much as we did while watching this show. (By the way, this seems to be a side effect of watching K-dramas. I talk back to the television now. I suspect that  anyone other than my roommate would be a little disturbed to hear me.) Here’s the plot summary: A girl from a nunnery pretends to be her twin brother (who’s out of the country having super secret plastic surgery, like one apparently does) so that he doesn’t lost his spot in a boy band and his chance to find their mother.  Hilarity ensues.

Aside from the fact that I enjoyed the plot and all the characters, how can you resist a trio of adorable guys who occasionally dance around with ramen packets? 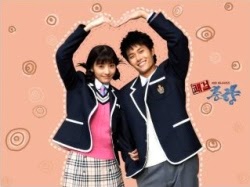 A high-school/early college rom-com. This show also contains one of my favorite character turnarounds in K-dramas so far. Sometimes in K-dramas it seems like a character can transform from “bad” to “good” in the blink of an eye (usually once they fallen love with the girl, stereotypically).  This show really won me over by showing someone not only going from good to bad, but doing it FLAWLESSLY.  I started out rooting for them (in that way that you do when they’re not one of the two main characters), moved on to kind of hoping that they died, and ended up somewhere in the middle.  That, I think, is awesome.
Also, a million billion points to this dude for totally stealing the show.
4. Flower Boy Next Door 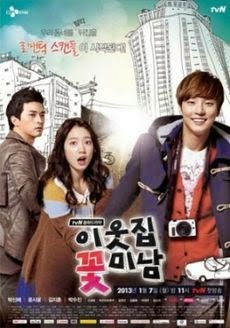 This is part of a theme group of K-dramas: the other two are Flower Boy Ramyun Shop and Shut Up Flower Boy Band (also known as Shut Up and Let’s Go), all of which center around some poor girl being surrounded by beautiful men.
While I also really, really enjoyed Shut Up Flower Boy Band, I wasn’t a huge fan of Flower Boy Raymun Shop.  (Incidentally, I was amazed at exactly how much time is spent during that show talking about constipation.  Is that a thing? It’s a little strange.)
I’m a re-doer by nature.  I re-read the books I like, I re-watch the movies I like. I own lots of TV series on DVD so I can go back and watch them from the beginning whenever I like.  These four shows are the ones that are absolutely, definitely on my re-watch list.  In fact, I’ve already re-watched Coffee Prince twice.  Even my roommate has watched it multiple times.
Just for kicks, here is, in my opinion, the single worst K-drama I have ever laid my eyes on: Nail Shop Paris. 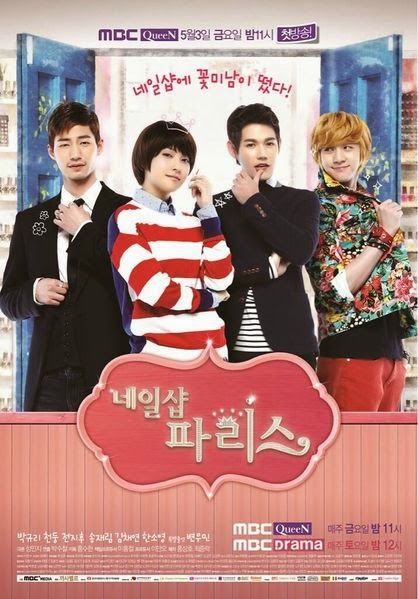 My roommate and I started watching this show because a) we’re fans of the gender bender trope, as you can see from the fact that two of my top four K-dramas involve this plot point, and b) because I like nail art, and she occasionally suffers because I am ridiculous.  Surprisingly enough, we made it through to the end of the show.  I have the same reaction to this TV show that my roommate does to the video game Siren: now when we play something that’s pretty terrible, she turns to me afterwards and says, “Well, at least it wasn’t Siren”.  That’s how we feel about this show.  It is legitimately just BAD. Not only is the writing ridiculous and the story pretty stupid (and let’s be real, I can watch stupid TV with the best of them –  I spent three hours watching RuPaul’s Drag Race the other week, so my standards aren’t super high), but THE NAIL ART IS TERRIBLE.
Long story short: Watch K-dramas! Just not Nail Shop Paris.